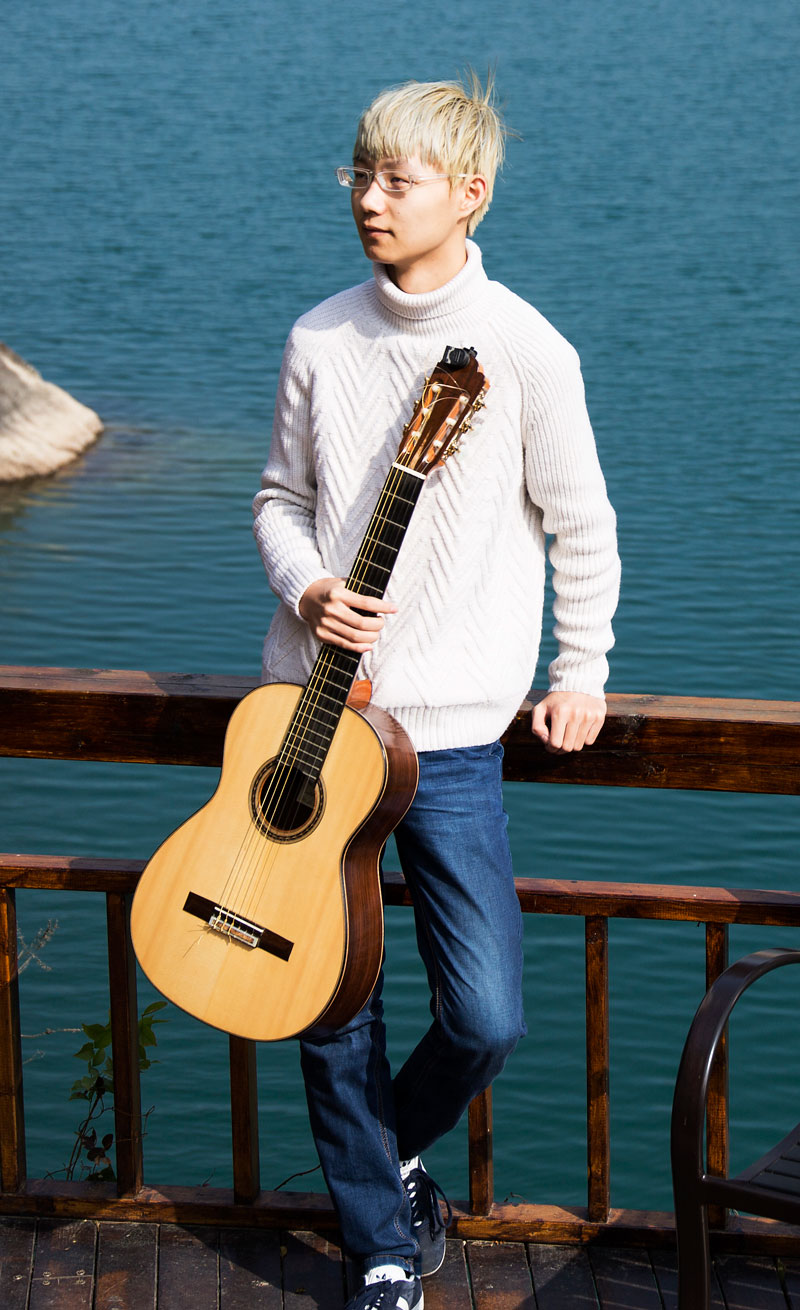 "[Kuang] performs the Bach Chaconne with not only technical command, but with impressive understanding of the architecture of the piece."
American Record Guide

"…a new talent who stands out in an overcrowded world of young guitarists."
David’s Review Corner

17-year-old Junhong Kuang was awarded a top prize in the prestigious ARD Music Competition, along with the Audience Prize and the ifp-Music Prize, making him the youngest prize winner in the ARD history.

Junhong, who is widely recognized as one of the greatest young talents in the world today, has already given almost a hundred concerts in his young life. In the United States, he made his New York debut at Carnegie Recital Hall, and he has played recitals in Baltimore, Miami, and at Symphony Space in New York City. In China, he has performed recitals in the Oriental Art Centre Hall in Shanghai, and the Poly Theatre in Beijing among others, and in 2014 he was invited to give the opening concert at the Iserlohn Guitar Symposium in Germany.

He has performed as a soloist with several orchestras around the world, including the Symphony Orchestra of Dance and Theatre in Beijing, the Xiamen Philharmonic Orchestra, the Sichuan Conservatory of Music Symphony Orchestra, and the Estonian National Symphony Orchestra. This year he will perform the “Concierto de Aranjuez” by Rodrigo with the Peabody Symphony Orchestra and appear in recital at the prestigious Shriver Hall Concert Series in Baltimore, as the winner of Peabody’s Yale Gordon Concerto Competition.

Junhong Kuang made his recording debut with the Naxos label in a recording of music by Bach, Albeniz, Granados, Barrios, and Mertz, released in 2015 to great critical acclaim. He began receiving professional training in classical guitar at the age of nine with Professor Xu Bao in Chengdu, China. Only two years later at the age of eleven, he won first prize in the Thailand International Guitar Competition. He was accepted into the Peabody Conservatory of the Johns Hopkins University when he was only 15 years old, and is currently studying under the tutelage of the legendary maestro, Manuel Barrueco. 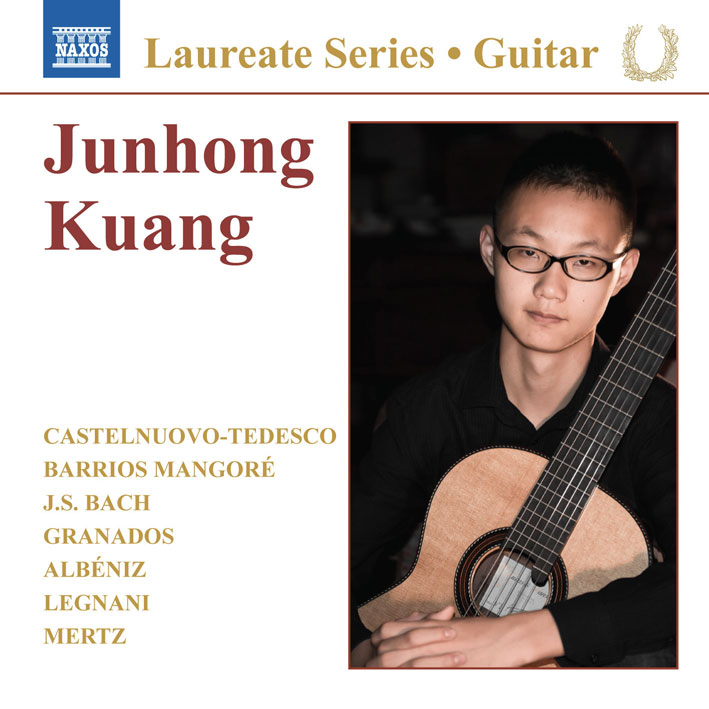 The exceptional young Chinese guitarist Junhong Kuang has made a remarkable impact on the international stage, receiving standing ovations at venues in New York (Carnegie Hall), Shanghai and Beijing for his flawless technique youthful optimism. Aged just 14 at the time of this recording, he won first prize in the Thailand International Guitar Competition in 2011 and first prize in the Yale Gordon Concerto Competition in 2016.

"Incredible talent. Beautiful tone and good musicality all-round. Shows a lot of maturity in his playing despite his age. Has a strong right hand just like J Williams. Difficult to believe he was only 14 when this recording was made. Someone has famously said that one can only do justice to Bach's music when he or she reaches 50. Well, this version of the Chaconne sounds great to my ears - nicely phrased throughout and the virtuosic passages cleanly executed. Only wish the 2 Spanish pieces were a bit more exciting (a bit more Spanish in feel? [whatever that means]). With this and other up-and-coming talents the future of the classical guitar is assured. Highly recommended. "

"Very good playing for a young guitarist and the repertoire is well chosen. I would recommend this to anyone with a love for the classical guitar. I expect this guitarist to shine even more as he matures." 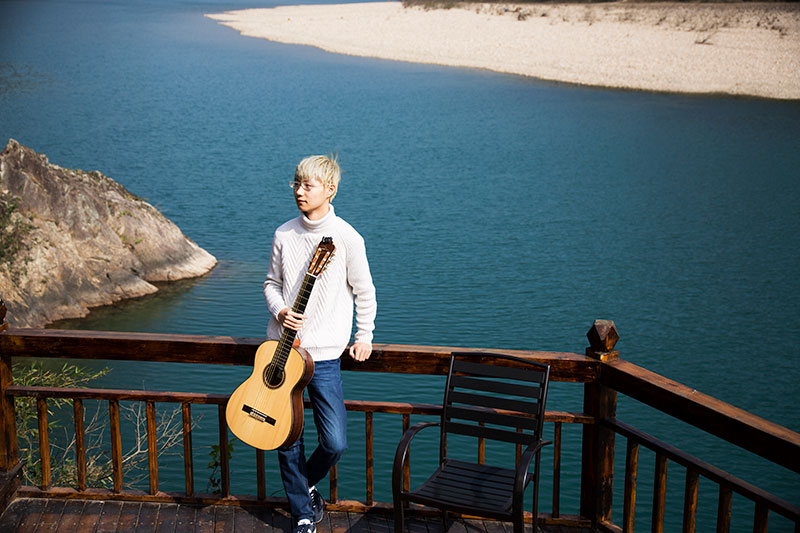 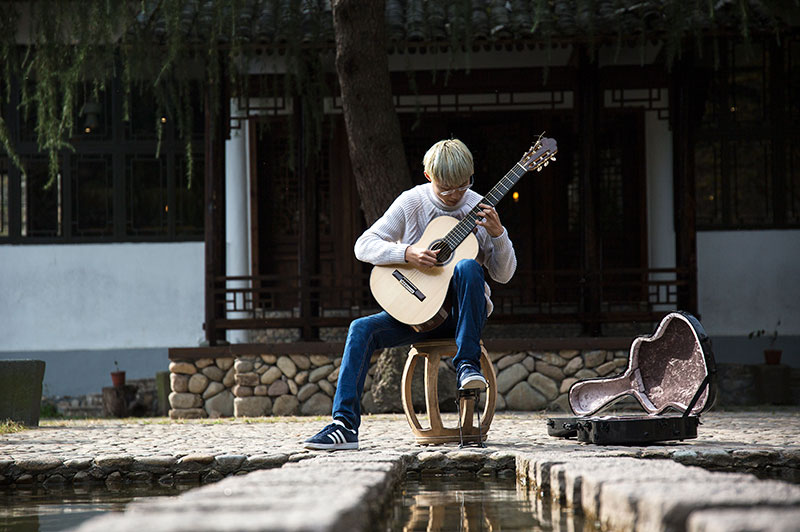 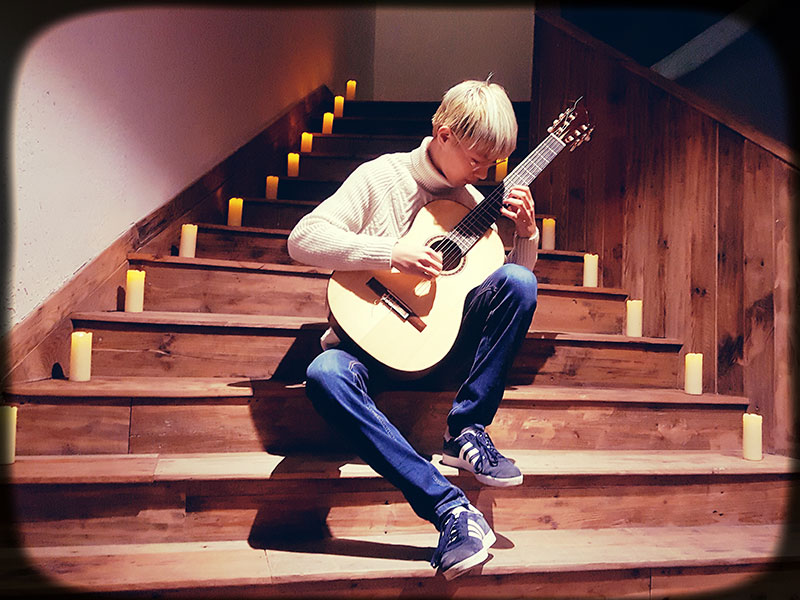 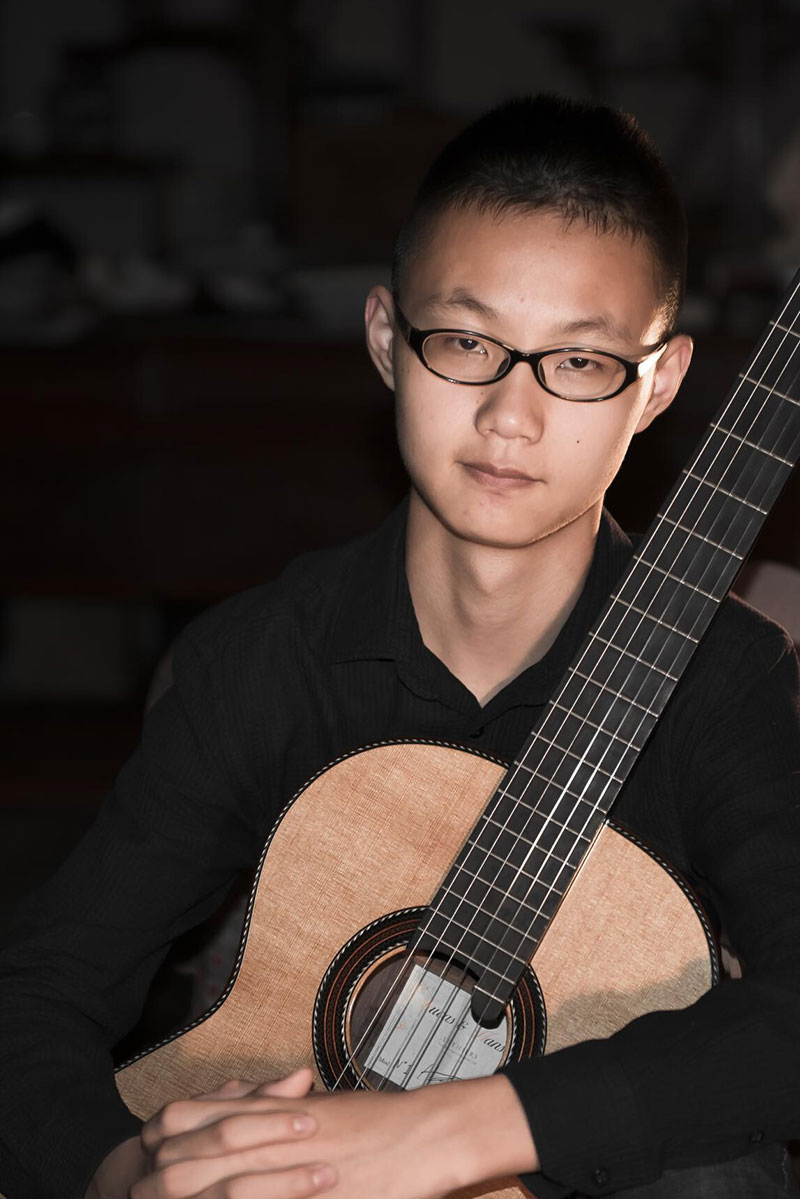 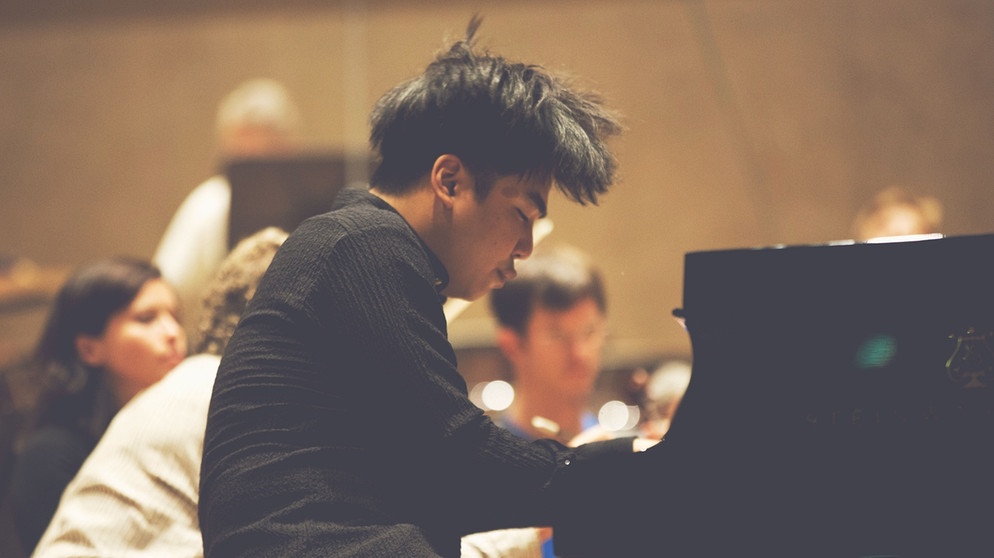